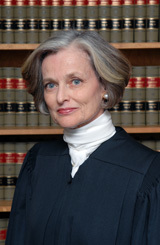 Hannaford Brothers Company went to the state's high court after a superior court dismissed its appeal over a decision of the town of Bedford's Zoning Board of Adjustment, or ZBA.

Hannaford owns and operates a 36,541-square-foot supermarket on Route 101 in the town's commercial district.

The company obtained planning board approval for its store in November 2006, shortly after Bedford enacted a zoning ordinance amendment restricting the size of any single building in the commercial district to 40,000 square feet.

Retail Management and Development Inc., or RMD, the intervenor in the case, develops supermarkets for Demoulas Super Markets Inc., the Market Basket chain.

In November 2010, RMD filed an application with the ZBA seeking a variance to exceed the 40,000-square-foot restriction to construct a 78,332-square-foot supermarket on Route 114 in the commercial district.

The location of RMD's proposed supermarket is 3.8 miles from Hannaford's supermarket.

Hannaford, of course, objected to the variance application. However, the ZBA granted it.

The board found, among other things, that the "spirit of the ordinance" was intended to limit the size of buildings on Route 101, but not on Route 114, where RMD sought to build.

In doing so, it accepted RMD's arguments that: the area on Route 101 where Hannaford's property is located cannot support buildings with a footprint larger than 40,000 square feet due to the limited depth of the commercial zone along Route 101; there was a desire to maintain the "rural character" of the area and to avoid "massing," or visual takeover of the area; and RMD's 17-acre-parcel on Route 114 is a "unique piece" of commercially-zoned land surrounded by industrial properties.

The ZBA denied Hannaford's motion for rehearing, finding that the company was not a "person directly affected" by its decision and thus lacked standing to move for rehearing.

Hannaford appealed to the superior court. Bedford and RMD moved to dismiss the appeal, arguing that the company lacked standing.

The trial court granted the motion, and Hannaford appealed to the state Supreme Court.

The court, in its seven-page opinion filed Thursday, affirmed the superior court's ruling.

"Under the petitioner's rationale, any property owner within the zoning district whose property is considered in the ZBA's evaluation of the 'character of the locality' would have standing to appeal. This is not the state of our law," Justice Carol Ann Conboy wrote for the court.

"The ZBA identified a characteristic of RMD's property that it found made a variance consistent with the spirit of the ordinance: its location on Route 114. In the process, the ZBA also identified a feature of the petitioner's property that may make it less likely to obtain a variance should it apply for one in the future: its location on Route 101.