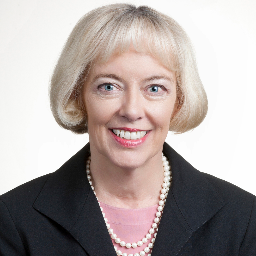 WASHINGTON (Legal Newsline) -- The U.S. Chamber of Commerce has again topped the list of organizations providing certiorari-level amicus briefs to the U.S. Supreme Court, according to a recent study.

Adam Chandler of SCOTUSblog published a study earlier this month, following up on a similar survey he did five years ago. The Chamber topped the list then.

This time, the Chamber, the National Association of Criminal Defense Lawyers, the Pacific Legal Foundation, the Cato Institute and the Washington Legal Foundation rounded out the top five filers.

In the bottom half of the top 10: the Center for Constitutional Jurisprudence, DRI: The Voice of the Defense Bar, the National Association of Manufacturers, the National Federation of Independent Business, and the International Municipal Lawyers Association.

Among the 1,750 private groups and advocacy organizations in the study, 348 filed two or more briefs to the nation's high court and 160 filed three or more briefs between May 2009 and August 2012 -- about the same time frame Chandler surveyed the first time.

Chandler found, since his first study, that the total number of amicus briefs swelled by 35 percent. The number of organizations filing them ballooned even more, by about 65 percent.

DRI is among those organizations.

President Mary Massaron Ross said in a statement Thursday that it decided to develop a "more robust" amicus program.

"Amici can be most helpful to an appellate court when they tell it something it doesn't already know," Ross explained.

The organization's amicus briefs try to help the court by providing insight into the "practical effect" of various rules on the litigation system, she said.

"Examples of these kinds of issues include the briefs that DRI has filed in the areas of expert testimony, punitive damages and class action litigation," Ross said. "DRI also has a wealth of knowledge in substantive areas of law, such as employment or products litigation, that allow it to provide the court with insight into the impact various rules or holdings are likely to have."

In DRI's case, any member can ask the organization to file an amicus brief in a particular case.

A committee of seven DRI members then screens the applications and makes recommendations.

"Our activity is actually greater than that reflected in the study," said Marc Williams, director of DRI's Center for Law and Public Policy. "In addition to cert petitions, we have submitted a number of briefs on merit and several more in the federal appellate and state courts.

"We are definitely making good use of the intellectual firepower of our members."