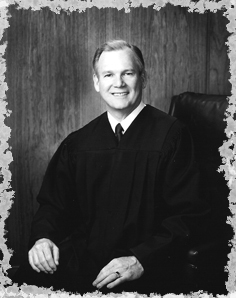 BOISE, Idaho (Legal Newsline) -- The Idaho Supreme Court, in a unanimous ruling Thursday, sided with the national mortgage registry known as MERS, dismissing a complaint against it for wrongful foreclosure.

In Edwards v. MERS et al., plaintiff Leslie Jensen-Edwards sued to stop nonjudicial foreclosure proceedings based on the contention that MERS, which was the named beneficiary as nominee for the lender, cannot legally act as the beneficiary.

The defendants -- Mortgage Electronic Registration Systems Inc., Quality Loan Services Corp. of Washington and Pioneer Lender Trustee Services LLC -- moved to dismiss the action on the ground that the complaint did not state a claim upon which relief could be granted.

An Idaho district court agreed, entering judgment in favor of the defendants.

The defendants, the court concluded, complied with the state's Deed of Trust Act when foreclosing non-judicially and MERS was the beneficiary of the deed of trust with the authority to appoint the successor trustee who initiated the non-judicial foreclosure proceedings.

Eismann, in the court's 13-page opinion, quoted directly from the subject MERS deed of trust in which the registry is identified as beneficiary "as a nominee for lender and lender's successors and assigns," and found that a nominee is a form of an agent and that an agent has authority to act on behalf of its principal.

Accordingly, the panel found that MERS, as an agent of the original lender, Lehman Brothers Bank FSB, its successors and assigns "is the representative of the principal and acts for, in the place of, and instead of, the principal."

Therefore, "having MERS the named beneficiary as nominee for the lender conforms to the requirements of a deed of trust under Idaho law."

As such, MERS possessed the authority under Idaho law to appoint and direct the successor trustee to conduct the non-judicial foreclosure proceeding.

The court found no errors with any other part of the trial court's decision and affirmed its ruling in its entirety.

"This is an action filed by the plaintiff to stop the nonjudicial foreclosure sale of her residence. She had the burden of proving a legal ground to do so," Eismann wrote.

"If Plaintiff contends that ownership of the note and deed of trust had been severed, that documents may have been improperly signed, or that the notarization process was fraudulent, she should have put into the record admissible evidence supporting such assertions. She did not.

"In her argument, she simply recites the allegations in her amended complaint, but allegations in a pleading are not sufficient to create a genuine issue of material fact."

MERS said in a statement Friday it was pleased with the court's ruling.

The privately-held electronic registry is designed to track servicing rights and ownership of mortgage loans in the United States.