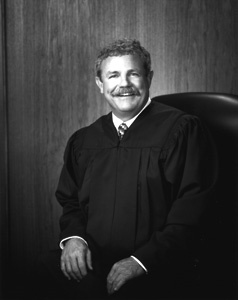 BOISE, Idaho (Legal Newsline) -- The Idaho Supreme Court ruled last week that an insurance company must cover nearly $300,000 in costs and attorneys fees awarded in a case brought against a construction company for negligent and "intentionally faulty" workmanship.

In its April 19 ruling, the state's high court affirmed the decision of the Bonner County District Court.

In 2007, Employers Mutual Casualty Company, or EMC, brought a declaratory judgment action against David and Kathy Donnelly and Rimar Construction Inc., or RCI, to establish that under its policy of insurance with RCI, it had no duty or responsibility to pay damages claimed by the Donnellys in litigation between the Donnellys and RCI.

After a fire, the Donnellys had RCI do repairs and further remodeling of their family home in May 2005.

Nearly a year later, the Donnellys brought the underlying action against RCI, alleging, among other things, negligent and intentionally faulty workmanship, breach of contract and breach of warranties.

An amended verified complaint was filed in July 2007 in which the Donnellys alleged substantial damages to property, physical injury and loss of use.

At all applicable times, RCI was covered under a commercial general liability policy issued by EMC in September 2004.

However, the declaratory judgment action was stayed until a verdict was reached in the underlying action.

Subsequently, the district court entered summary judgment in the declaratory action, finding that there was no insurance coverage for the damages the Donnellys incurred, but that there was coverage for costs and attorney fees awarded in the underlying action.

On appeal, EMC argued that the district court erred in its determination that it had a duty to pay attorney fees and costs when there were no damages awarded to the plaintiff subject to the policy coverage.

The Donnellys cross appealed, arguing the district court erred in its conclusion that EMC did not have a duty to cover the damages in this case, and that they are entitled to attorney fees.

"Under the plain language of the contract, RCI's policy states that damages only need to be 'alleged' to trigger coverage, they do not need to be proven," Chief Justice Roger Burdick wrote for the court.

"Since the Donnellys clearly alleged damages that implicate the applicable provisions of the policy, EMC is obligated to pay '[a]ll costs taxed against the insured in the suit.'"