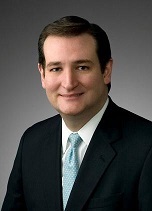 The committee, composed of Texas attorneys, will screen and recommend to the two senators nominees for vacancies on the federal bench and in U.S. Attorney offices in the state.

"Texans deserve able, fair and independent prosecutors and judges, and I'm proud to join Sen. Cruz in reconstituting this bipartisan committee to ensure individuals who are of the highest caliber are confirmed expeditiously and can begin serving Texas as soon as possible," Cornyn said in a statement Monday.

"It is crucial that we ensure Texans have the best, most qualified judges and prosecutors defending their rights in court," he said in a statement. "I am glad to work alongside Sen. Cornyn in re-establishing this committee, and thank the attorneys willing to serve this effort and ensure the timely filling of court vacancies."

Texans for a Fair Judiciary said this week it was "encouraged" by the senators' creation of the panel.

However, the coalition of nonprofits is now urging the committee to move forward and quickly propose "qualified and diverse" judicial candidates that the senators can recommend to President Barack Obama for nomination.

Both Cornyn and Cruz are members of the U.S. Senate Judiciary Committee.

"There is a crisis in our courts, and we are encouraged that after nearly two years, our U.S. senators are finally addressing the problem," Progress Texas Executive Director Matt Glazer said Tuesday.

"Sens. Cornyn and Cruz have taken the first steps of a long journey toward actually filling the judicial vacancies in Texas, which have crippled Texas courts and made it harder for ordinary Texans to have their day in court. We hope that today's statement is a sign that our senators in Washington are listening to the people of Texas and addressing this real problem rather than just pushing it down the road."

Texas currently has six vacancies in its federal district courts, four of which have been deemed "judicial emergencies" by the Federal Judicial Conference because there are too few judges to handle the caseload.

There will be one more seat vacated on a Texas district court in July.

Some judicial seats in Texas have been vacant for nearly 1,600 days, and judges from outside the state have been flown in to help handle the Texas caseload.