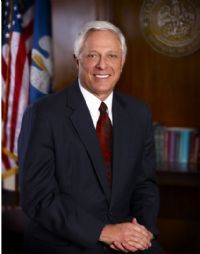 NEW ORLEANS (Legal Newsline) -- The Louisiana Supreme Court has reinstated a nearly $1 million judgment against the state of Louisiana for injuries a UPS delivery driver sustained while maneuvering a loaded dolly into an elevator.

The state's high court was asked to determine whether a misalignment between the floors of an elevator and a building's lobby created an "unreasonable risk of harm" as found by an East Baton Rouge Parish jury, or whether the elevator's defective condition presented an "open and obvious hazard" as determined by the state's First Circuit Court of Appeal in Baton Rouge.

Paul Broussard, a United Parcel Service delivery driver, sustained a serious back injury while maneuvering his dolly into one of the misaligned elevators in Wooddale Tower. The tower is a 12-story, state-owned office building located in Baton Rouge.

Broussard subsequently sued the state for the damages he sustained from the 2001 accident.

At the end of a three-day trial, a jury returned a verdict in Broussard's favor, finding that the offset between the elevator and lobby floors presented an unreasonable risk of harm.

After reducing Broussard's damages in proportion to his assigned percentage of fault, the district court entered a judgment consistent with the jury verdict in the amount of $985,732.56.

The appeals court, however, held the jury's factual determination that the elevator's defective condition presented an unreasonable risk of harm was "manifestly erroneous" because the defect was open and obvious, and reversed.

In a 5-2 decision last week, the state Supreme Court reversed the appeals court.

"After reviewing the applicable law and the record in its entirety, we find the jury's unreasonable risk of harm determination was not manifestly erroneous," Justice Jeannette Theriot Knoll wrote in the majority's April 5 opinion.

"The record contains a reasonable factual basis to support the jury's finding the misaligned elevator created an unreasonable risk of harm to Broussard and the state breached its duty to maintain its property in a reasonably safe condition by failing to remedy this defect or warn of its existence."

In particular, Knoll wrote that the state had received multiple complaints -- in 1999 and 2000 -- from tenants, concerned that the elevators would eventually cause an accident.

The court reinstated the judgment of the district court "in its entirety."

A spokeswoman for Louisiana Attorney General James "Buddy" Caldwell told The Advocate Tuesday that attorneys from the office would review the ruling to determine its next step.