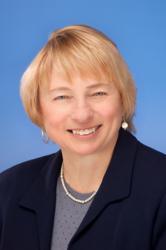 The case before the court involves an Oklahoma-born child whose father is a member of the Cherokee nation. The non-Indian mother, who was not married to the father, put the baby up for adoption. A non-Indian family in South Carolina adopted the child. A lower court approved the adoption, but the South Carolina Supreme Court ruled the lower court violated the ICWA.

The lower court ruled that because the child did not come from an existing Indian family, the law did not apply.

"The Indian Child Welfare Act provides minimum federal standards to ensure that the rights of Indian children, their parents and their tribes are fully respected in child custody proceedings," Mills said.

The ICWA was enacted in 1978 and was meant to reverse public and private efforts of assimilation of tribal members over many generations to protect the continued integrity and existence of Indian tribes. According to the law, whenever possible, it is within the child's best interests to keep a relationship with his or her tribe.

The law requires that a parent who is a tribal member be given strong preference for custody or that preference is given to a member of the child's extended family or other Indian families if the parents give up their rights.

"The facts of the South Carolina case are particularly outrageous, because the father of this Indian child was in the military and he was first notified about the proposed adoption of his child only four days before he was scheduled to deploy to Iraq," Mills said. "The state of Maine, the Wabanaki people, and potential adoptive parents should know what the federal law requires and should know that the law will be applied evenly. The state of Maine conscientiously adheres to ICWA and trains its case workers and judges accordingly. Maine courts have never adopted the so-called 'Indian family exception' at issue in the South Carolina case."