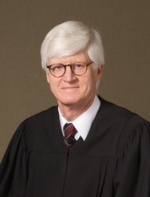 DENVER (Legal Newsline) -- The Colorado Supreme Court this month ruled in favor of automobile insurer State Farm, affirming that underinsured motorists claims against the company are barred by statute of limitations.

The lawsuit, along with a number of others, arose from an automobile accident in December 1995.

A vehicle driven by Louis Diep Pham was struck by a vehicle driven by Erwin Guerra, who later admitted fault. Pham and all five of his passengers were injured in the accident, and Pham subsequently died from his injuries.

Steven Pham -- representing Louis Diep Pham's estate, the deceased driver's parents and the five passengers in his car at the time -- sought review by the Supreme Court of the state Court of Appeals' judgment in Pham v. State Farm Mut. Auto Ins. Co.

The appeals court, in the case, affirmed a summary judgment in favor of State Farm on grounds that the plaintiff-petitioners' claims were barred by Colorado's statute of limitations governing underinsured motorist claims, found in section 13-80-107.5(1)(b).

At the time of the accident, Guerra, the at-fault driver, was covered for bodily injury by his own automobile liability insurance policy, issued by Allstate Insurance Company, with policy limits of $25,000 per person and $50,000 per accident.

Louis Diep Pham was driving a vehicle owned by Pham Enterprises and insured by State Farm Automobile Insurance Company, with a policy that provided uninsured/underinsured motorist coverage with limits of $100,000 per person and $300,000 per occurrence.

Finally, Guerra's employer, the owner of the vehicle he was driving, had a business auto policy issued by Hartford Fire Insurance Company, with $1 million in liability coverage.

In February 1996, Stephen Pham and the five surviving passengers filed six separate lawsuits against various parties, including State Farm, Liberty Mutual, Guerra, Guerra's employer and the bar that served Guerra before the accident.

A month later, State Farm paid $75,000 in underinsured motorist benefits to the estate, and still later that year, all six separate lawsuits were consolidated in Denver District Court.

In May of that year, Guerra and the plaintiffs entered into a stipulated confessed judgment for $1,558,707.78. The plaintiffs accepted $50,000 in liability coverage from Allstate and agreed not to enforce the judgment against Guerra in exchange for his assignment to them of any claims he might have against Hartford.

Also in 1998, while both the consolidated action and the federal litigation against Hartford were pending, these same plaintiffs, along with the parents of the deceased driver, filed another lawsuit in this jurisdiction against State Farm, seeking underinsured motorist coverage.

After various motions to dismiss were granted and State Farm's motion for partial summary judgment was both granted and upheld on appeal, the only claim remaining in the 1998 state action was a claim by the estate and parents of the driver against State Farm for underinsured motorist coverage, which was stayed by stipulation of the parties pending disposition of the federal lawsuit against Hartford.

In April 2006, following summary judgment in Hartford's favor, the federal lawsuit became final and the stay of the 1998 state claim for underinsured motorist coverage against State Farm expired by its own terms.

Following the failure of the plaintiffs to respond to inquiries or take further action in either case, the 1998 state action against State Farm was dismissed in February 2007 for failure to prosecute, and the consolidated action in Denver District Court was similarly dismissed in April of the same year.

The plaintiff-petitioners filed the instant lawsuit in March 2008, more than a dozen years after the initial accident and almost two years after their action against Hartford became final, alleging the same claims for relief against State Farm they had advanced in the 1996 and 1998 state actions.

The district court granted State Farm's motion to dismiss the claims against it, concluding that they were barred both by the applicable statute of limitations and by the doctrine of claim preclusion.

On direct appeal, the appeals court affirmed the lower court's summary judgment, interpreting the two-year limitations provision of section 13-80-107.5(1)(b) as running from May 1998 -- the point at which the plaintiffs received payment from Allstate of the settlement of their underlying bodily injury liability claim against Guerra, notwithstanding their pending action to recover additional liability insurance coverage by Hartford.

The appeals court did not address the claim preclusion issue.

In its March 4 opinion, the state's high court upheld the appeals court's ruling.

Justice Nathan Coats, writing for the court, explained that the plaintiffs failed to file their lawsuit or demand arbitration of their underinsured motorist claims within either three years of the accrual of their cause of action or within two years after receiving payment of a settlement or judgment on an underlying bodily injury liability claim that had been preserved as prescribed by the statute.

"From this proposition, they reason that because their action against Guerra on the underlying bodily injury claim was timely filed, they were permitted to initiate an action for underinsured motorist coverage anytime within two years after learning that he was underinsured. They further reason that they could not know that Guerra was underinsured until the liability coverage claim against Hartford he had assigned to them was resolved in Hartford's favor in the federal action, and therefore the statute permitted them two years from April 2006 within which to file their action for underinsured motorist coverage against State Farm.

"This reasoning must fail for a number of reasons, not least because the statutory scheme simply does not admit of any reasonable interpretation conditioning the limitations period for underinsured motorist claims on the point at which the motorist in question is finally determined to be 'underinsured' within the meaning of the statute."

Coats said while the structure of section 13-80-107.5 may be "complex," and may in some regards "even be susceptible of more than a single reasonable understanding," the language of the statute itself "clearly and unambiguously" conditions the two-year limitations period applicable to uninsured motorist claims on the insured's awareness of the tortfeasor's lack of any applicable liability insurance whatsoever.

"And it just as clearly conditions the limitations period applicable to underinsured motorist claims on something other than the insured's awareness that the liability insurance coverage of the motorist in question falls within a range making him underinsured relative to the injured party initiating action," the justice wrote.

Want to get notified whenever we write about Colorado Supreme Court ?

Sign-up Next time we write about Colorado Supreme Court, we'll email you a link to the story. You may edit your settings or unsubscribe at any time.