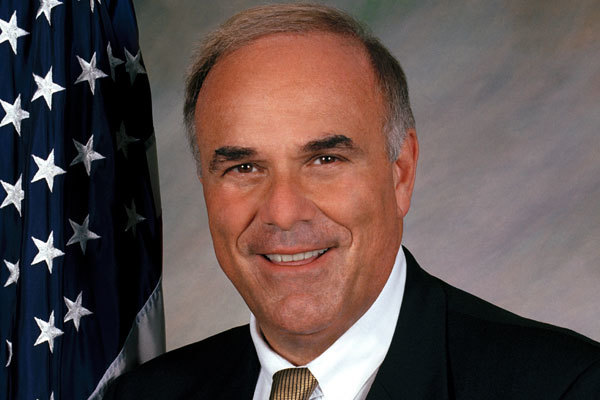 HARRISBURG, Pa. (Legal Newsline) -- Three of Pennsylvania's former chief executives took part in a conference call with reporters on Monday to discuss their collective support for a move toward judicial merit selection.

Former governors Richard Thornburgh, Tom Ridge and Ed Rendell have thrown their weight behind a legislative proposal to change the way judges are chosen in Pennsylvania.

The Keystone State remains one of only a handful of states that chooses judges of all levels through partisan elections.

In recent years, however, court reform advocates have pushed a merit selection system, one involving a mix between elected and appointed judgeships.

The three former governors who participated in Monday's conference call all support merit selection, which would involve the recommendation of appellate court candidates by a panel of lawyers and non-lawyers to the governor, who would in turn present his chosen candidates to the state Senate for confirmation.

For merit selection to replace the system of electing appellate judges in Pennsylvania, the bill would need to pass in two consecutive legislative sessions, and be voted on by citizens in a public referendum.

The reason for this is the commonwealth's constitution would have to be amended to allow for merit selection.

The conference call was moderated by Lynn Marks, executive director of the advocacy group Pennsylvanians for Modern Courts, which supports a move toward merit selection.

Marks said that the Orie Melvin conviction could only happen "in a system where judges are elected in the first place."

"Today's call is a plea to legislators to give the people that opportunity," to change the way judges in Pennsylvania are elected, Marks said before introducing the three former governors.

Richard "Dick" Thornburgh, a Republican who served as Pennsylvania's governor from 1979 to 1987, and who was subsequently chosen by President Ronald Reagan to serve as U.S. Attorney General, said judicial reform is a cause "whose time has come in the commonwealth."

Thornburgh, who said he spearheaded merit selection during the days of Pennsylvania's last constitutional convention in the 1960s, a movement that would have passed if it wasn't for the slight public majority that shot down the proposal, said during the conference call that the problem with the system as it's currently set up is that there are no restrictions on funding for judicial seats when they become open, "and it puts a premium on how much money you can raise and how much deference is owed to those donors."

Thornburgh also said it's rare that average voters have much knowledge of judicial candidates, with people often winning bench seats based on campaign dollars raised and ballot position.

Ridge, a Republican who served as Pennsylvania's governor from 1995 to 2001, and left to become the first director of the U.S. Department of Homeland Security, which was created by former President George W. Bush following the September 2001 terrorist attacks, said he, too, believes it is "an absolute imperative to get judicial candidates out of the fundraising and campaigning process."

"That whole process, I think, casts a very dark shadow ... over the integrity and independence over our judicial system," Ridge said. "The judiciary is to be the independent body."

The judicial branch, Ridge said, was designed to be an independent body, not subject to the whims of "popular opinion, political expression, fundraising and getting out the vote."

But that's exactly what happens, he said, when judges are elected.

"The third branch of government ... was set up to be an independent body," Ridge said. "It's not about people's opinions, it's about the qualifications, the temperament, upholding the rule of law."

Rendell, a Democrat who served two terms as Pennsylvania's governor before current Republican Gov. Tom Corbett took office, and who is also past chairman of the Democratic National Committee, piggybacked on the others' comments, saying he pushed for judicial merit selection during Thornburg's gubernatorial administration, when Rendell served as Philadelphia's district attorney.

"Things would be a lot different in Pennsylvania," if merit selection were the law of the land, Rendell said.

"The influence of money in judicial elections ... creates a feeling among ordinary folks that the system's for sale," Rendell said.

Rendell's main point was that the public should have the opportunity to vote on whether or not they want to vote for appellate judges, and they won't get that opportunity unless the legislature paves the way for them to be able to do just that.

He cited a statewide poll that says 93 percent of Pennsylvania residents support merit selection at this point in time.

"I think the time has come," Rendell said. "All we're saying is let the voters decide whether they want to change the system or not."

Following the conference call, the organization Justice at Stake, which organized the event, released a statement in which Executive Director Bert Brandenburg praised the three former governors for penning a letter to Gov. Corbett and Pennsylvania lawmakers, and then taking part in a conference call with reporters, to raise awareness of an issue as crucial as merit selection.

"Merit selection has a real chance to move forward in Pennsylvania because Pennsylvanians want judges to be accountable to the law, not campaign supporters," Brandenburg said. "And merit selection has strong bipartisan support, as is clear from its backing by four former governors of both political parties."