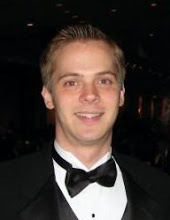 WASHINGTON (Legal Newsline) -- As the debate over hydraulic fracturing becomes a central energy policy issue, a key question emerges for the Obama administration and the next Environmental Protection Agency administrator: what do they plan to do about it?

Steve Everley, a spokesman for Energy in Depth, a research and public education program of the Independent Petroleum Association of America, finds in President Barack Obama's recent State of the Union address a clear indication that the federal government plans to promote hydraulic fracturing, commonly known as fracking.

"He touted the importance of natural gas as a clean power source," Everley said. "He talked about the abundance of natural gas and how it's lowering energy bills for consumers across the country. On its merits, the debate over shale development has really been determined."

Everley and others in the oil and gas industry long have praised the merits of fracking, which involves injecting a mixture of water, sand and chemicals into shale rock under the ground to release natural gas. They say the process yields environmental benefits like decreasing CO2 emissions and economic benefits like bringing new jobs to areas that need them.

In recent years, the EPA agreed that natural gas remains vital to the U.S. energy future and entered the dialogue over fracking. In 2011, the agency launched a study to assess the potential impacts of the process on drinking water resources. The results are expected in late 2014.

"As the administration and EPA has made clear, natural gas has a central role to play in our energy future, and this important domestic fuel source has extensive economic, energy security and environmental benefits," the EPA said in a December 2012 update. "The study EPA is currently undertaking is part of EPA's focus to ensure that the Administration continues to work to expand production of this important domestic resource safely and responsibly."

Amy Mall, a senior policy analyst with the Natural Resources Defense Council, points out that the EPA directed attention to other fracking-related issues. In addition to issuing new air pollution standards under the Clean Air Act, the agency plans to propose new rules under the Clean Water Act for industrial wastewater discharge, practices under the Resource Conservation and Recovery Act for waste management and guidance under the Safe Drinking Water Act for fracking with diesel fuels.

"EPA has a lot of things that they can and should be doing when it comes to increasing the regulation of fracking as well as enforcing the laws that are already on the books," she said.
The NRDC estimates that fracking occurs in about 30 states. Mall said as more communities experience the process, more people will voice concerns over its effect on their homes, sources of drinking water and wild lands or parks.

Benjamin Zycher, a visiting scholar at the American Enterprise Institute in Washington, D.C., agrees that the EPA, rather than Congress, will continue to take action on fracking. However, unlike Mall, he expects agency regulation to obstruct the industry.

"One will be on groundwater issues with respect to chemicals that are part of the fracking fluid - but there is no evidence that they're harmful," he said. "There is also a possibility the EPA will try to argue that fugitive methane emissions make the production of shale gas as bad as coal in terms of greenhouse gas emissions."

Stephen Holditch, the former head of the Department of Petroleum Engineering at Texas A&M University, served on the Natural Gas Subcommittee of the Secretary of Energy Advisory Board that released recommendations for improving the safety and environmental performance of fracking in November 2011.

From his perspective, fracking has evolved into a proven and profitable technique. He dismisses fears that it pollutes groundwater, saying that has never happened in more than 50 years. He does admit that in general, shale gas development faces challenges over diesel and air emissions, and excessive truck traffic in neighborhoods and towns.

"The argument that shale gas drilling and hydraulic fracturing is going to pollute the aquifers is totally without merit," Holditch said. "I've been in some public meetings, and it was clear that the people who were holding up the anti-fracturing signs didn't know what they were talking about. They were actually just pro-wind, pro-solar and anti-oil and gas."

He said the subcommittee worked to equally advance the benefits of a large, low-cost energy supply and encourage the industry to become more responsible.

"The report we did at the Department of Energy clearly states, here are some issues that the oil and gas industry needs to get right and do correctly to maintain their license to operate and develop shale gas reservoirs," Holditch said.

As the EPA and Obama administration grapple with fracking, many states are stepping in to oversee the process. In 2011, Pennsylvania, Arkansas, Michigan, Texas and Wyoming passed disclosure regulations, requiring companies to report what chemicals they inject into the ground during fracking. Others such as New York, California and Illinois are now working on their own regulations.

Everley contends that while several states also fight battles over fracking, Colorado proves that industry and environmentalists can work together to push the process forward.

"They have created a world-class set of regulations, with strict disclosure requirements, and they're really trying to be the model there," he said. "Governor Hickenlooper has touted that and the Colorado Oil and Gas Conservation Commission has touted that."

Mall maintains that to properly regulate fracking, the U.S. needs strong regulation and enforcement at both state and federal levels. She said while the Clean Air Act and Clean Water Act can apply to fracking, states can implement rules that go further than those laws.

She said even local municipalities are getting involved in fracking because they disapprove of the lack of regulation at higher levels.

"They don't think the state and federal government have gotten it right, and in some places, those are being challenged by industry or the state," she said. "We're strongly supportive of local governments having the right to exercise their own authority to protect their citizens."