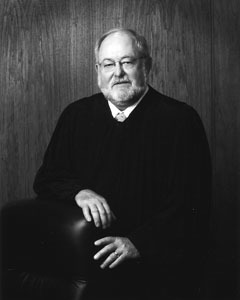 BOISE, Idaho (Legal Newsline) - The Idaho Supreme Court affirmed the trial court's order dismissing a plaintiff's medical malpractice case due to his failure to list the claim as an asset in his Chapter 13 bankruptcy.

The trial court further ordered that the bankruptcy trustee be substituted as the party-plaintiff.

"On September 12, 2004, [Jerry] Doherty sought treatment from Blackfoot Medical Clinic and Dr. [Gordon] Dixon-a general practitioner-for an eye injury. Doherty claims that Dr. Dixon failed to perform appropriate tests and failed to refer Doherty to an eye specialist, which resulted in the loss of his eye," the opinion states.

"On July 25, 2005, Doherty filed a Chapter 13 bankruptcy petition because he was behind on his truck payments. Doherty did not list any potential claims against Respondents on his asset schedule. The bankruptcy court confirmed Doherty's bankruptcy plan on September 6, 2005, whereby Doherty avoided over $12,000 in unsecured creditor claims.

In early August 2009, Doherty sought to exclude evidence of his bankruptcy with a motion in limine and in the response to the motion, Respondents raised the issue of his failure to amend his bankruptcy estate after filing the lawsuit.

According to the opinion, the Respondents' response was treated by both Doherty and the court as a motion for summary judgment.

Doherty reopened his bankruptcy case later in August 2009 and filed an amended asset schedule listing the lawsuit as a potential asset. In March 2010, the bankruptcy court allowed him to reopen the case and Doherty moved to join the bankruptcy trustee as a party-plaintiff.

In September 2010, the district court granted Respondents' motion for summary judgment and substituted the trustee as a party-plaintiff.

"Yet, Doherty failed to list this asset or to amend his asset schedule with the bankruptcy court until Respondents objected."

Doherty filed an affidavit asserting his non-disclosure in his bankruptcy proceeding was a good-faith mistake but the district court found that good faith is insufficient to avoid application of judicial estoppel.

Judicial estoppel, the court stated, is based upon knowledge of the asset and the potential incentive to conceal the asset. The court found that the alleged mistake was either failure of counsel or ignorance of the law, of which neither is a defense.

"As to the two issues the district court found dispositive-knowledge and incentive-it found that Doherty knew of the claim, benefited from the discharge by the bankruptcy proceeding, and had a potential motive to conceal the claim from the bankruptcy court," the opinion states.

"Here, even though Doherty claims inadvertence or mistake," Justice Jones wrote, "Doherty had knowledge of the facts giving rise to his claim against Respondents at the time he filed for bankruptcy, and during his bankruptcy proceeding. Therefore, he did not lack knowledge.

"Also, whether or not he intended to conceal this potential asset is irrelevant: objectively, there was a motive for Doherty to conceal this claim. Doherty's affidavit does not raise any facts that negate the knowledge he was charged with having and therefore his lack of bad faith alone is not sufficient to avoid judicial estoppel.

"The only two inferences the district court could draw from Doherty's affidavit were (1) that he was unaware he was required to disclose this cause of action on his asset schedule (i.e., he was ignorant of the law), or (2) that his legal counsel failed him.

"The district court reasonably disposed of these two inferences, which was unnecessary because neither of these inferences negates the knowledge with which Doherty is charged nor his potential motive to conceal.

"Therefore, the inadvertence-or-mistake exception does not apply to Doherty's non-disclosure."

The court affirmed the district court's dismissal of Doherty's claims and awarded costs to Respondents as the prevailing party.