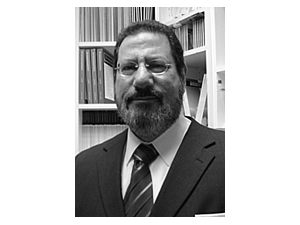 WASHINGTON (Legal Newsline) - When asked who he'd like to see as the next administrator of the U.S. Environmental Protection Agency, Alabama Attorney General Luther Strange facetiously suggests his Republican colleagues and fellow attorneys general Greg Abbott from Texas or Patrick Morrisey from West Virginia.

Strange then laughs and contends that the principles, not the person, are vital. He spent the past few years battling an EPA rule that aimed to curb cross-state air pollution, characterizing it as intrusive and overreaching. He, along with Abbott and 13 other state attorneys general, recently won their fight when the U.S. Court of Appeals for the District of Columbia invalidated the rule and then agreed not to rehear the case.

"The EPA has immense power," Strange said. "It's very important that the person in charge of the EPA understands its role in following Congress' direction and issuing regulations that are consistent with the law and that make sense in this economy."

As current EPA administrator Lisa P. Jackson nears the end of her term, Strange and other critics of the agency are questioning whether her successor will pursue an equally aggressive agenda. They say in the past four years, Jackson tried to push through regulations that not only lacked scientific evidence and political support, but also reached far beyond the intent of the Clean Air and Clean Water acts. Most of them also hold little hope that anything will change under the current administration.

Benjamin Zycher, a visiting scholar at the American Enterprise Institute in Washington, D.C., who focuses on renewable energy, predicts that President Barack Obama will select an insider like Gina McCarthy, the assistant administrator for EPA's Office of Air and Radiation. However, he worries less about McCarthy or the actual appointee and more about the methods he or she may use to implement policies on controversial issues like hydraulic fracturing.

"What they're going to do, I'm fairly certain, is end runs around Congress," Zycher said. "Honestly, I think it's less important who is actually going to be named administrator of the EPA than the extent to which the courts will be willing to rein in the EPA over the next four years. That's hard to know, because they're going to be doing things the law never envisioned in this Don Quixote-like quest for clean energy."

Kenneth Green, a former environmental expert with the American Enterprise Institute and now senior director for energy and natural resource studies at the Fraser Institute, a free market think-tank in Canada, agreed that Obama may choose an inside candidate, such as current EPA deputy administrator Robert Perciasepe.

Green explained that first-term presidents often tap cabinet officials who filled a similar role at a lower level or at a different agency. In Jackson's case, she served as commissioner of the New Jersey Department of Environmental Protection before Obama brought her to the EPA. But, he said, second-term presidents usually rely on agency veterans for vacant positions.

"It depends on how much he wants to fight with regard to a confirmation battle," he said. "Perciasepe is automatically confirmable since he's been there for ages."

While Jackson served as a "deep-green, sort of ideological" leader, Green hopes the new administrator will introduce a more moderate, pragmatic agenda and recognize that regulations impose costs and those costs slow the economy.

In the past four years, Jackson found many supporters who praised her tough advocacy despite pushback from Congress and industry lobbyists. They say they want to see her successor follow a similar course and forge ahead on climate change and other environmental issues.

John Coequyt, a climate policy expert with the Sierra Club, applauded the outgoing EPA administrator for her focus on public health. He said the EPA may find it challenging to identify a successor of the same caliber, but expects that person to continue her commitment to setting strong public health standards, particularly those that reduce greenhouse gas emissions from motor vehicles.

David Driesen, a professor at Syracuse University College of Law, agreed that the new EPA administrator should follow Jackson's approach to addressing climate change. In his opinion, someone from a major environmental group or state administration who brings political and technical abilities, as well as familiarity with the law, would fit the bill.

"We need someone who is going to convince the Obama administration to make good on the promise of the second inaugural and get serious about climate disruption," Driesen said. "They took some good steps during her watch, but there's a lot more that needs to be done."

In the coming months, Driesen hopes to see the EPA get more involved in the Keystone XL decision and pressure the Obama administration to deny the pipeline application. He also hopes the EPA will continue its focus on regulating greenhouse gas emissions from new and existing power plants.

No matter where they align in EPA policy debates, those interested in the agency's future say the new administrator will face just as many obstacles as previous leaders. Some critics like Strange suggest they will introduce some of those obstacles if necessary.

"I'm not sure how confident I am that they're going to change course," Strange said. "What I plan to do is work closely with my colleagues to ensure we monitor what the EPA is doing and litigate the EPA when it's appropriate, when they overstep their legal bounds."

EPA supporters like Driesen, however, say the Obama administration and its leniency with the Office of Information and Regulatory Affairs could offer its own challenges.

"A good EPA administrator is no longer sufficient to deal with something as urgent as climate disruption," he said. "Obama really needs to get OIRA out of their hair. We just can't afford that for climate disruption. These kinds of storms, the drought, are going to get worse, and there's a real need to let EPA off the leash to do its job."