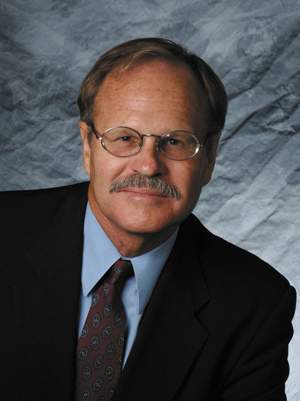 SANTE FE, N.M. (Legal Newsline) - The New Mexico Supreme Court reversed the Court of Appeals and remanded for a new trial a wrongful death suit filed against the New Mexico Department of Transportation for their failure to erect a barrier between opposing lanes on a dangerous stretch of road.

"On December 9, 2004, Amelia Martinez and Donald Espinoza were driving west on NM 502 toward Los Alamos to buy a car. Amelia, eight and a half months pregnant at the time, was driving and Donald was in the passenger seat," the opinion states.

"At the same time, Anthony Griego was driving east on NM 502 away from Los Alamos. Griego was weaving in and out of traffic, passing cars in both the left- and right hand lanes. In an attempt to pass another car, Griego entered the center turn lane, a two-way, turn-only lane near mile marker 9.

"Griego lost control of his vehicle in the center turn lane, which was covered in red crushed cinder commonly used in New Mexico during snow clearing operations. He skidded into oncoming traffic, colliding head-on with Amelia's vehicle. No one from either vehicle survived the crash.

Griego had both drugs and alcohol in his system at the time of the accident, according to the opinion.

Relatives of both Martinez and Espinoza filed suit against the New Mexico Department of Transportation, alleging that the DOT's failure to construct a center barrier on this section of highway "created or permitted a dangerous condition to exist and constitutes a failure to maintain a road in a reasonably safe condition for which immunity has been waived under the Tort Claims Act."

The plaintiffs also asserted that the DOT was negligent for failing to remove red cinder left from snow-clearing operation that had accumulated in the center lane. They argued the red cinder was a proximate cause of the collision.

DOT had redesigned NM 502 in the late 1980s in order to accommodate increased traffic flow and to make the road safer "due to the sensitive materials which may be taken to and from the Los Alamos National Laboratory."

As part of the redesign, an additional lane of travel was added in each direction and a center turn lane was included between mile markers 8 and 10, where the collision occurred. There were no developed roadways upon which to turn, however, according to the opinion.

On parts of the roadway, the eastbound and westbound lanes are divided by a concrete median barrier know as a "Jersey barrier" but there was no Jersey barrier between mile markers 8 and 10.

Prior to trial, DOT filed a motion for summary judgment under the New Mexico Tort Claims Act asking the district court to rule, as a matter of law, that DOT's decision not to install a center barrier where the collision occurred was one of design, not maintenance, and therefore immune under the Act.

The district court granted the motion, thus limiting the plaintiffs to proving that the DOT was negligent regarding the failure to remove the red cinder from the center lane.

The Plaintiffs tried to introduce evidence at trial regarding four other fatal accidents that had occurred on the same stretch of road between 1998 and the trial date but the district court excluded the evidence.

Plaintiffs also attempted to introduce evidence of filed citizen complaints regarding the lack of a center barrier and also evidence that DOT had installed a center barrier on other sections of the road. The court, however, limited the evidence at trial to the red cinder in the center turn lane and limited evidence to only the scene of the collision.

The jury returned a verdict for the DOT at trial and the Court of Appeals affirmed the district court in total. "Ultimately, the Court of Appeals held 'that erection of permanent barriers as part of a road constitutes a mater of road design' rather than of maintenance," the opinion states.

"We granted certiorari to consider important legal issues - both for the motoring public and for DOT in discharging its responsibility to ensure the safety of New Mexico's highways - that arise from a proper interpretation and application of the Tort Claims Act," Bosson wrote.

"In this case, the Court of Appeals noted that 'erected Jersey barriers are concrete, dense structures, the placement of which is not simple or uncomplicated,' and distinguished the barriers at issue in Rutherford because they could be 'placed on and removed from the road as needed.'

"The placement of a traffic signal 'is not simple or uncomplicated.' Traffic studies must be conducted over a period of time to determine the appropriateness of such a change, not to mention the construction which ultimately results in a permanent 'concrete, dense structure.' Yet the Court of Appeals [has] acknowledged that installing a traffic signal constitutes maintenance under the Act.

"Despite DOT's immunity for the initial design or redesign of NM 502, notice of a dangerous condition-whether based on the original design or some other intervening characteristic-triggers a maintenance obligation for which DOT can be held legally responsible under the Act.

"Whether this obligation requires a permanent solution, such as a traffic signal or a center barrier, or a temporary one, such as the moveable barriers in Rutherford, the maintenance obligation of reasonable care remains the same. And the reasonableness of that response to a known danger-whether with a temporary barrier or a permanent one-remains in the good hands of the jury to resolve.

"Perpetual design immunity, if broadly construed, would thwart the overarching purpose of ensuring highway safety and protecting the motoring public ... Taken to an extreme, perpetual design immunity would allow DOT to ignore reality and escape accountability even if a particular stretch of highway were to cause fatalities on a regular basis.

"We will not assume such short-sightedness in our Legislature when public safety is our mutual concern," wrote Bosson. "Having approved the plan or design, the governmental entity may not, ostrich-like, hide its head in the blueprints, blithely ignoring the actual operation of the plan.

"[I]t would appear that reasonable minds could differ over whether DOT should or should not have been on notice of the need to take remedial action. DOT's engineer stated that it would be "unreasonable" to compare crash sites, while Plaintiff's expert essentially concluded the opposite.

"Questions of 'reasonableness' are quintessential issues for a jury to resolve. In our system of justice, we place special confidence in juries to sort through conflicting evidence and come to a reasonable conclusion.

"For these reasons, we reverse the Court of Appeals on the issues discussed in this opinion, and remand to the district court for a new trial consistent herewith."

Want to get notified whenever we write about New Mexico Supreme Court ?

Sign-up Next time we write about New Mexico Supreme Court, we'll email you a link to the story. You may edit your settings or unsubscribe at any time.