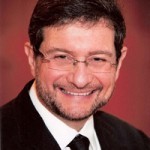 PITTSBURGH (Legal Newsline) - Highlighting the second day of an asbestos estimation trial was a testy exchange between an attorney representing the claimants and one of the debtors' witnesses regarding the nature of a specific form of asbestos, and how it relates, or doesn't relate, to a mesothelioma diagnosis.

Dr. Allan Feingold, a lung specialist who originally hails from Canada, and is currently based in Miami, took the stand for the debtors-a consortium of companies that formerly dealt in asbestos-containing products who are presently in a state of Chapter 11 bankruptcies.

Claimant attorneys attempted to pick apart the testimony of Feingold, a medical doctor and expert in epidemiology, over the causation of mesothelioma -a type of cancer which affects the lining of lungs, is most often attributed to asbestos exposure and is almost always fatal.

Chrysotile asbestos, the form of asbestos found in debtor Bondex's joint compound, which is the primary subject of the proceedings, is "much less likely" to stay in the mesothelium, or the lining of the lungs, than other forms of asbestos, such as amphibole asbestos, Feingold testified.

He said that Chrysotile asbestos, in most cases, in and of itself doesn't lead to mesothelioma, or at least hardly ever leads to mesothelioma deaths.

Other forms of asbestos inhalation, however, such as amphibole, typically account for the mesothelioma diagnoses that are usually seen, Feingold said from the witness stand.

Feingold, who was retained by the debtors to review a sampling of the claimants who had filed asbestos injury cases, stressed that he was never given access to the actual lung samples of those claimants who had had surgeries performed by medical doctors given their respective lung cancer diagnoses.

If he had actually viewed the tissues under a microscope, the doctor said, he most likely would have found that the patients had more than simply Chrysotile asbestos in their systems.

Instead, Feingold said, all he had to go by was the information he was given.

Out of the 2,765 mesothelioma victims who brought claims against the debtors, Feingold created a sample group of 229, and only about 25 of those people had what is known as pleural mesothelioma and had had exposure to the joint compound manufactured by Bondex, he said.

The joint compound, which is at the center of the case, was namely designed for do-it-yourself use in small home renovation projects, the debtors' attorneys had previously stated.

By contrast, most known mesothelioma victims are thought to have contracted the disease during their years working in commercial settings.

While Feingold was adamant that Chrysotile asbestos, in and of itself, really wouldn't lead to a mesothelioma diagnosis without a patient having had been exposed to other forms of asbestos fibers, the attorneys representing the claimants, and possible future claimants, stressed that some published research shows otherwise.

One claimants' attorney sought to outline Feingold's history of being paid by asbestos companies to testify in proceedings such as the one currently going on in downtown Pittsburgh as serving as an example of the doctor's alleged bias.

Feingold, however, reiterated that his medical and scientific opinions were formulated over 30 years' worth of practical applicability, regardless of the fact that he was never a published academic.

The claimants' attorney made mention of the other supposed experts who would be participating in the trial later in the week.

Feingold, however, sought to dispel this contention, saying that academics who publish research could be wrong as well.

"You think if someone is more famous they are more important," Feingold said from the stand. "No. The facts are important. And the facts don't fly."

When the claimants' attorney referenced the jury verdicts that came out in favor of asbestos injury plaintiffs following cases that were taken all the way through trial, Feingold retorted, "I think the juries get things correct most of the time, but not always.

"This is not about viewpoints," Feingold said. "This is about facts. Show me a cause and effect relationship," between Chrysotile asbestos only and a mesothelioma diagnosis.

When accused of molding his opinion to align with a certain bias, Feingold shot back by saying that his viewpoints may have changed, but only with the course of changing research in the field.

Feingold was not the only one on the witness stand Tuesday.

Charles Mullin, an economic consultant with the Washington, D.C.-based firm Bates-White, continued his testimony, which had been cut short the prior day because of time constraints.

Mullin, who had also been retained by the debtors, talked about the reason why many asbestos defendants would choose to engage in settlements with plaintiffs rather than take a case to a jury.

It is much more costly for an asbestos defendant to see a case through to a jury verdict rather than to go the settlement route.

The defense costs in a jury case could be upward of $300,000 on average, Mullin testified, in comparison to an average settlement of $200,000.

At the end of the day, Mullin said, it's cheaper and less risky for a defendant to offer up a settlement than it is for that defendant to take a case to trial.

"It's going to be cost prohibitive for them to try a case," he said.

The other debtors' witness to testify on Tuesday on the concept of risk was Timothy Coleman, an employee of Blackstone, a New York-based global investment and advisory firm.

Coleman was charged at looking at discount rates as they applied to asbestos claims.

"The discount rate is all about risk," Coleman said. "This is a very long, 30-plus year type claim."

Coleman's testimony went to the heart of the case playing out in Fitzgerald's courtroom.

Companies that dealt in asbestos-containing products often choose Chapter 11 bankruptcy as a way of halting future injury claims against them, since businesses that go that route obtain immediate immunity from civil suit.

The reason why the two parties are in court in Pittsburgh this week is because they differ greatly on the dollar figure estimations with regard to future asbestos claims.

The claimants, which include the Official Committee of Asbestos Personal Injury Claimants and the Future Claimants' Representative, Eric D. Green, contend that the amount of enforceable, settled but unpaid asbestos claims is somewhere around $55 million, while the debtors maintain that the figure is closer to $30 million.

Under questioning by attorneys for both sides, Coleman stressed that future estimations are pure guesswork.

"At the end of the day ... these are all estimations," he testified.

Coleman went on to say that when it comes to dealing with the concept of risk, nothing is set in stone.

"There's no question that there's risk in this world," Coleman testified. "I think there are lots of risk to the estimations."

Under cross-examination by claimants' attorney John Dorsey, of the firm Young Conway, Coleman talked about how things like healthcare costs, a possible future cure for mesothelioma, and other factors, could affect the amount of money paid to asbestos claimants down the line.

"Obviously the experts have a very big range of difference between them," Coleman said. "It means there are risks.

"Estimates are estimates," Coleman continued. "They have risks associated with them."

The proceedings were expected to continue on Wednesday.

Each side was afforded by the court 17-and-one-half hours by which to present their respective sides, for a total of 35 hours in the courtroom this week.