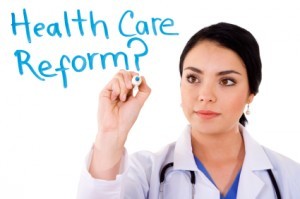 WASHINGTON (Legal Newsline) -- As the Affordable Care Act is nearing full implementation, stakeholders are watching closely to see how the small-group insurance market is affected.
Small business employers, trade groups, consumer advocates and legal scholars are watching to see how the country and various markets react when all of the new system, often called 'Obamacare,' becomes law.

What's currently causing concern for some groups, such as the National Association of Insurance Commissioners and consumer advocates, is that some small- to medium-sized businesses will find ways to game the system and avoid many of the reforms of health care plans enacted by the ACA. One of these methods is an insurance called "stop-loss" coverage.

"Because the employer, with stop-loss coverage, is technically self-insured, many of the consumer protections in Obamacare do not apply," said Cheryl Fish-Parcham, Deputy Director of Health Policy for the consumer advocacy group Families USA. Under the ACA, most of the reforms -- non-discrimination of pricing for individuals based on age or gender, coverage of essential health services and other reforms -- will not be required of self-insured plans; the changes apply largely to fully-insured policies.

The difference is based on the type of insurance product an employer bought. Under a fully-insured plan, an employer contracts with a third party for an agreed upon amount, and has access to a network of providers and discounted rates. The employer then pays the actual claims made by its employees. Under fully-insured health plans, employers pay a monthly premium, contracted between the employer and an insurance provider. The provider then pays all claims.

It used to be that large employers, government agencies and labor unions held self-insurance plans, and small-group plans were exclusively fully insured. Then, a hybrid plan emerged: stop-loss insurance, with an attachment point. An employer agreed to pay up to a certain amount of money, set at about $20,000 in 1995 or 2000 in some state regulations, and after that, the insurance provider covered claims. This allowed medium-sized groups to have the lower premiums of self-insured plans while not having the full exposure to risk.

What is happening now is that some small employers are looking to access stop-loss plans of their own, said Fish-Parcham.

"We've seen some companies marketing attachment points as low as $5,000," she said. "At that point, you have to ask if it's not really stop-loss, it's really a high-deductible health plan."

This is not an attempt to overrule Obamacare through open markets, said Robert F. Graboyes, MSHA, PhD, Senior Fellow for Health and Economics for the National Federation of Independent Business Research Foundation.

The concern is still there, however, said J.D. Kleinke of the American Enterprise Institute.

"The question really is, 'Should we regulate the self-insurance market, and make sure we don't develop these fake fully insured programs that have set an attachment point so low that they really are just high-deductible plans?'" he said.

Kleinke said the movement to regulate the market is in place: The NAIC has model legislation in place, for example, that would set the attachment point for stop-loss insurance at $60,000.

"That seems to be a reasonable number," Kleinke said. "At that point, it's too large of a hit for a small business to absorb."

Kleinke said that unless a small-group employer is seeking to make a political statement, many would find that opting for stop-gap insurance exposes them to a risk that is greater than they are willing to bear.

Fish-Parcham said her group is watching the debate closely.

"Many of the essential health benefits would not be mandatory under stop-loss coverage," she said. "We know that gaps for maternity care exist in self-insured plans -- those services are sold as a rider, meaning that only people who needed or expected to need the services would pay for them. ... What does that do to the risk pool?"

Theoretically, a small employer could opt for stop-loss coverage, banking on their workers being healthy and having low claims during a given year. That would remove a group of healthy workers from the risk pool, meaning higher risk has to be absorbed by a smaller pool of payees. That, in turn, could drive up costs for everyone else, experts say. If entire segments of the market were to move to that model, state exchanges could be crippled, said Fish-Parcham.

"The other argument here is that such a product would open the insurance carrier to an extremely high liability," Kleinke said. Small group employers would, in theory, pay lower premiums for stop-gap insurance, and would be on the hook for the larger claims at the lower premium rate should a catastrophic medical event occur.

"You have one employee with a NICU baby or cancer, and you're up to a million dollars or more," Kleinke said. "It's an enormous amount of risk."

"What will happen?" is a question being repeated across the market, said Kleinke.

"The answer is, no one really knows, and it's a moving target," he said, pointing to recent decisions and developments, including the decision to allow employers to select from programs from different states - for example, he said, if a plan in Utah or Kentucky were preferable to an employer than a plan in California or New York, the employer could purchase the plan most suitable regardless of what state it was located in.

"All of this could very well be rhetorical," Kleinke said.

Making self-insurance and stop-loss plans available to small business, he said, would be a step toward leveling the playing field for small business.

Want to get notified whenever we write about American Enterprise Institute ?

Sign-up Next time we write about American Enterprise Institute, we'll email you a link to the story. You may edit your settings or unsubscribe at any time.