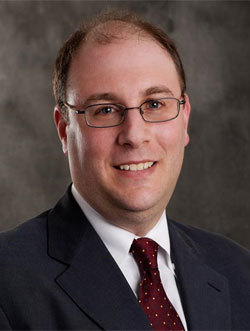 ALBANY, N.Y. (Legal Newsline) - Two New York trial lawyer groups have spent nearly $21 million in lobbying and political contributions in the state since 2006, according to a new report.

The report, released Wednesday by the Lawsuit Reform Alliance of New York, was meant to show "the monetary influence of the group on New York politics."

"The trial lawyers are the largest special interest group that most people have never heard of," LRANY Executive Director Tom Stebbins said Wednesday. "This report shows the outsized influence the trial lawyers have in Albany."

Leaders of the groups were quick to dismiss the report.

"It is outrageous, but not surprising, that while the insurance industry has spent millions to take away the rights of injured people, their mouthpiece has the gall to criticize the Trial Academy and their members for defending those rights," said Michelle J. Stern, executive director of the New York State Academy of Trial Lawyers. "To paraphrase Bill Clinton, it takes some brass to make that argument."

"The 3,000 members of the New York State Trial Lawyers Association are proud to fight for the rights of workers hurt on the job, patients injured by unsafe hospitals, and consumers hurt by dangerous products," he said Wednesday. "The corporate interests behind this report are spending many tens of millions of their corporate profits to stop injured victims from ever having their day in court."

According to the report, between Jan. 1, 2006, and June 30, 2012, the New York State Trial Lawyers Association and New York Academy of Trial Lawyers spent $6,338,728 lobbying elected officials and made $14,658,164 in political contributions through their political action committees -- LAWPAC and ATLPAC -- or from individual donors who also gave to those committees.

"As we put together the report, the sheer breadth of the contributions was shocking," Stebbins said. "Republican or Democrat, upstate or downstate, Senate or Assembly, the trial lawyers' money is everywhere."

Stebbins noted that the LAWPAC made campaign contributions to 100 percent of the members of one legislative committee, the Senate Rules Committee. The Assembly Rules Committee -- as well as the finance committees, judiciary committees and codes committees - also had a high percentage of trial lawyer influence.

"Committees are where much of the work of the New York legislature actually gets done, so it's no surprise that the most powerful committees are nearly maxed out with trial lawyer money," he said.

He said the spending by the groups shows the cost of lawsuits and litigation on the economy.

"Our civil justice system should not be for sale," Stebbins said. "The trial lawyers spend millions every year pushing for laws which would increase litigation and blocking legal reform.

"Because of their efforts, we spend more on healthcare, taxes, and insurance than the residents of most other states."

Stebbins said the trial lawyer lobby works to protect rules of joint and several liability and laws such as the Scaffold Law that help them file more lawsuits.

"People have been calling for reform for years," Stebbins said. "With this report, New Yorkers can see why these reforms may have trouble passing in Albany."

Want to get notified whenever we write about Lawsuit Reform Alliance of New York ?

Sign-up Next time we write about Lawsuit Reform Alliance of New York, we'll email you a link to the story. You may edit your settings or unsubscribe at any time.