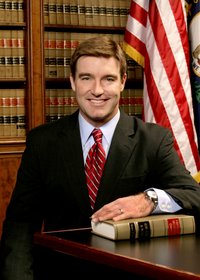 “We will not tolerate nursing home operators who put profits ahead of patient care,” Conway said. “Our seniors rely on the Medicare and Medicaid programs to provide them with quality care, and operators who bill our vital state and federal programs for services so deficient that they are effectively worthless will be pursued for false claims. This settlement illustrates the state and federal government’s emphasis on jointly combating health care fraud, and I appreciate the hard work of my Medicaid Fraud Unit and all of the agencies involved in the investigation of this case."

The $28 million settlement will compensate Medicare, Medicaid and various federal health care programs for damages. Extendicare and ProStep must also enter into a five-year Corporate Integrity Agreement with the Office of Inspector General for the U.S. Department of Health and Human Services.

Kentucky's share of the settlement is $1.2 million, with $905,587 being returned to the federal government.