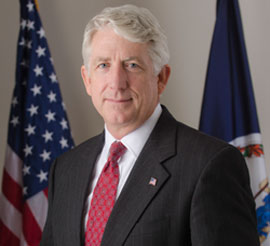 Mark R. Herring | The Office of the Attorney General for Virginia

The lawsuit was unsealed this week in Richmond Circuit Court with Herring calling it a historic case against some of the largest commercial banks in the world.

Virginia lost approximately $383 million after it was forced to sell most of the securities, which were originally purchased in 2004 and sold before 2010. The securities were allegedly built on junk mortgages, according to the Attorney General's Office.

"It will take many more years to recover the economic strength and stability we lost, but I will not allow Virginians to be left holding the bag... ," Herring said.