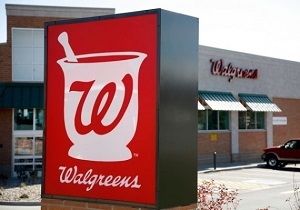 TRENTON, N.J. (Legal Newsline) – A woman who sued a pharmacy store chain in New Jersey over her slip-and-fall injuries in 2014 won't be allowed to add a Georgia-based general contractor to her already arbitrated case, a state appellate court recently ruled.

A New Jersey Superior Court Appellate Division two-judge panel made the decision in plaintiff Shirley Mourin's appeal of a June 2018 Bergen County Superior Court order denying reconsideration of her request to include Hobart Builders, LLC, as a direct defendant.

"Finding no abuse of discretion, we affirm substantially for the reasons given by Judge Robert L. Polifroni in his decision to deny the motion and to deny reconsideration," the seven-page opinion issued Feb. 14 said.

Mourin's underlying complaint was filed in July 2015 against Walgreen Eastern Co. Inc. over personal injuries she allegedly suffered in January of the previous year when she slipped and fell on ice while exiting the Elmwood Park Walgreens.

Elmwood Park is a borough in Bergen County.

Walgreens filed its own third-party complaint against Hobart Builders, alleging the general contractor based in Columbus, Georgia, had been responsible for snow and ice removal where Mourin fell.

Hobart did not an answer Walgreens' complaint and the pharmacy store chain asked the court for a default entry.

"Walgreens was apportioned 90 percent liability and defendant 10 percent in the arbitration," the opinion said. "After that, the case was closed."

The case's February 2018 stipulation of dismissal with prejudice dismissed the case without costs to any party.

The following April, Mourin filed her motion to include Hobart Builders as a direct first party defendant with her proposed second amended complaint to include a new third count. That count would have alleged Hobart Builders was responsible for snow removal and shoveling at the Elmwood Park Walgreens.

"The judge reasoned plaintiff knew about Hobart's alleged liability when it was added as a third-party defendant on May 18, 2016," the opinion said. "Questions as to who was responsible for snow removal at the location in question ought have been contemplated, and acted on during the beginning of discovery."

In her appeal, Mourin argued was wrong to deny her motion and that Hobart Builders would not be prejudiced because it would have a chance to defend itself on the merits.

The appellate panel countered that grounds for reconsideration in the matter were limited because Mourin didn't argue "some palpably incorrect or irrational basis" in Polifroni’s denial, that evidence had not been considers or that there was new evidence to present.

"As such, plaintiff did not allege how the trial court abused its discretion in denying the motion for reconsideration," the opinion said. "Plaintiff waived any challenge to the reconsideration order by not raising the issue in its brief."