Managers and supervisors can be sued individually by employees for FMLA violations, court rules 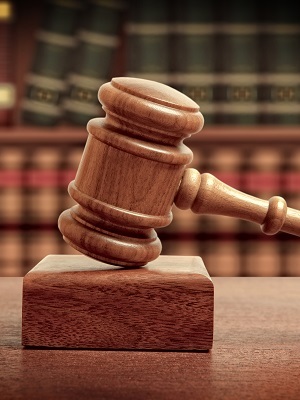 NEW YORK (Legal Newsline) – The U.S. Court of Appeals for the Second Circuit has ruled that some employees may be held individually liable for employment claims brought under the Family and Medical Leave Act, taking a split from other federal employment laws.

The case, Graziadio v. Culinary Institute of America, saw Cathleen Graziadio filing a lawsuit in U.S. District Court for the Southern District of New York against Culinary Institute of America, Shaynan Garrioch and Loreen Gardella for interference with FMLA leave, FMLA retaliation and associational discrimination under the Americans with Disabilities Act.

While FMLA training should be part of training already, this case emphasizes the need for heightened awareness that will affect several states, said Daniel Schwartz of Shipman & Goodwin in Hartford, Conn.

“It is possible that other circuits will adopt the reasoning,” he said.

The defendants moved for summary judgment on all claims and, on March 20, 2015, the district court granted their motion in full, dismissing Graziadio’s FMLA claims against Garrioch and Gardella individually, finding that neither qualified as an “employer” subject to liability under the FMLA.

The court looks at least four factors when determining if a manager or supervisor can be individually liable for FMLA violations.

• Whether the manager or supervisor had the power to hire and fire the employees;

• Whether the manager or supervisor supervised and controlled employee work schedules or conditions of employment;

• Whether the manager or supervisor determined the rate and method of payment; and

• Whether the manager or supervisor maintained employment records.

“This was a non-exhaustive list,” Schwartz said. “But here the court found the manager met enough of the factors.”

An individual may be held liable under the FMLA only if he or she is an employer, which is defined as encompassing "any person who acts, directly or indirectly, in the interest of an employer to any of the employees of such employer.”

Naturally, they have come to the conclusion that the standards used to determine “employers” should be applied to the FMLA too.

If a case is brought that sees a manager or supervisor liable in FMLA cases, the amount of damages they are liable for will be case-specific, according to Schwartz.

“As a practical matter, many companies will likely reimburse or cover the costs that are owed by a supervisor acting within the scope of his or her job,” he said.

“But it’s the threat of damages that may be most troublesome for supervisors who may not realize that they have such liability for employment decisions that they may make.”

This case is likely to change the way FMLA claims are litigated in the state, according to Schwartz. However, he doesn’t believe that there will be a flood of successful cases.

“Bringing in supervisors as individual defendants can put additional pressures on employers to settle the case, namely from the managers themselves,” he said.

“While employers may indemnify individual supervisors and/or HR directors in nearly all of those cases, it can be quite unnerving to be a party to a lawsuit, but I’m not sure we’ll see an influx of successful cases.”

Want to get notified whenever we write about U.S. Court of Appeals for the Second Circuit ?

Sign-up Next time we write about U.S. Court of Appeals for the Second Circuit, we'll email you a link to the story. You may edit your settings or unsubscribe at any time.

U.S. Court of Appeals for the Second Circuit