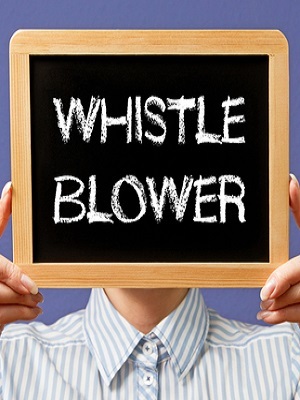 CHICAGO (Legal Newsline) - A Chicago attorney says it's unclear whether the amount recovered by the federal government in False Claims Act cases will continue to come mostly from those cases in which the government declined to intervene.

"I think that the trend question remains undetermined," said David J. Pivnick, an attorney on the Office Recruiting Committee Associates Advisory Board for McGuireWoods’ Chicago office. "It will be interesting to monitor the statistics for Fiscal Year 2016 and Fiscal Year 2017 to determine if this is a trend or if Fiscal Year 2015 was simply an aberration on this front.

"Right now, without further developments, and in light of the low recovery in non-intervened cases in Fiscal Year 2014, it is unclear that this is a start of a trend. It may simply be a reflection of a unique set of cases in FY2015 -- an argument that may be bolstered by the fact that approximately 40 percent of the non-intervened recovery came from a substantial settlement with DaVita."

DaVita Healthcare Partners disclosed in February that its pharmacy services provider, DaVita Rx, had received a civil investigative demand from the U.S. Attorney's Office for the Northern District of Texas. That investigation is looking into allegations that DaVita Rx, since January of 2006, presented false payment claims to the government for prescription medications.

DaVita CEO Kent Thiry has said the investigation is overlapping issues that the company independently identified.

Pivnick, also an editor and contributing author to McGuireWoods' False Claims Act blog, The FCA Insider, recently blogged about a Department of Justice statistics overview he studied about FCA recoveries for Fiscal Year 2015. He noted that more than $1 billion of those FCA recoveries came from cases in which the government declined to intervene.

"This significant recovery far exceeds the typical, annual recovery that is obtained by relators without Government intervention," Pivnick wrote in the blog post.

"This result deviates dramatically from past years and it remains to be seen as to whether it was an aberration or an indication of a shift in trends. However, there are some potential explanations for this exceptional result. First, approximately 40 percent of the relator-driven recovery ($450 million) was derived from one FCA case that was settled by DaVita. Second, relators are pursuing increasingly novel theories of FCA liability. Third, the FCA relator bar continues to develop and is a well-organized, talented group of attorneys. These attorneys typically pursue cases vigorously on behalf of their clients even if the Government declines to intervene."

While trends are not easy to predict, Pivnick told Legal Newsline that significant amounts of recovery can be expected.

"The government’s attorneys have substantial expertise and experience in litigating under the FCA and, accordingly, the intervention decision will remain very significant in qui tam cases," he said. "However, in my experience, relators proceed with their claims even where intervention is declined and, particularly as new theories are explored, there may continue to be an expansion of recoveries in cases where the government does not intervene.

"To that end, I think that the level of success is, in some ways, a reflection of a relator’s bar that is continuing to grow and further develop its expertise and that is exploring new theories of liability under the FCA."