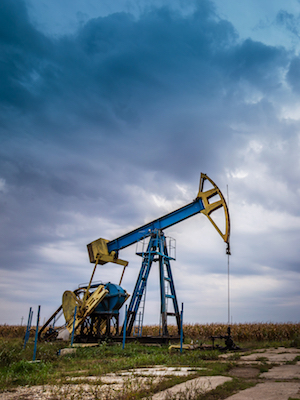 They claim hydraulic fracturing and underground water disposal have caused a “dramatic increase” in earthquakes in the last five years.

Fracking, which extracts trapped natural gas from underground shale, uses and creates an excess of water, some of which contains toxic chemicals that must be disposed of and stored underground. Griggs and Marler allege the process of fracking and the water it produces have increased the pore pressure within underground faults, causing them to slip.

Two earthquakes, which occurred on Dec. 29 and Jan. 1, form the basis of the second lawsuit. The plaintiffs in this case have named 12 energy companies, claiming these companies deposited large amounts of drilling waste near their homes and properties in Edmond and Oklahoma City.

The hydraulic fracturing process happened “under conditions that defendants knew or should have known would result in an increased likelihood that earthquakes or other adverse environmental impacts would occur, thereby unreasonable endangering the health, safety and welfare of persons and property.”

The plaintiffs are seeking compensatory and punitive damages, pre and post judgment interest, attorneys fees and a permanent injunction.

Both suits were filed despite a recent Oklahoma Geological Survey that found it was impossible to determine whether earthquakes were the result of fracking, attorneys Michael Mills and Eric Skanchy, of Stoel Rives LLP wrote in the firm’s Mineral Law Blog.

How can the plaintiffs actually prove earthquakes are the result of hydraulic fracturing?

“The standard of proof is merely a ‘preponderance of the evidence’ standard,” Mills said.

“Attorneys will likely rely on expert testimony to show a correlation between the fracking activities and the earthquakes."

The energy companies will likely do the same, finding experts at the other end of the spectrum to disprove the plaintiffs’ theories.

Skanchy and Mills believe industry experts will be paying attention to both these cases.

“Depending on the outcome of these cases and the strength of the evidence, there could be more parties stepping forward to bring similar lawsuits in other parts of the country,” Mills said.