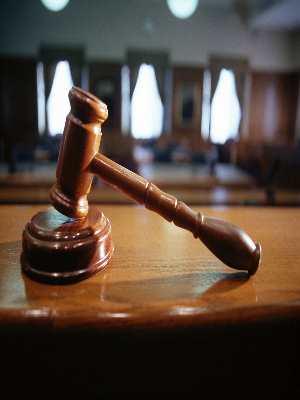 On Dec. 21, the court rendered a judgment in favor Kings Aire, finding that employee Jorge Melendez had not presented evidence that his termination had resulted from anything other than the enforcement of a neutral absence control policy.

The court supported that a leave of absence may be granted for any reason acceptable to Kings Aire or required by law. A leave generally may not exceed three months, and an employee who fails to return to work within three months of the leave of absence will be terminated.

Tiffany Cox - an attorney at Ogletree, Deakins, Nash, Smoak & Stewart - said the lesson for Texas employers is that their policies must clearly state the outer limit on leaves, and they must be vigilant to enforce that limit in all cases.

Otherwise, they could face litigation.

“The ‘outer limit’ of a neutral absence control policy is determined by the Family and Medical Leave Act (FMLA) if it applies, together with the employer’s own leave policy,” Cox said.

“The policy in the Kings Aire case established an ‘outer limit’ of 12 weeks, but we have seen a variety of time periods used, depending on the nature of the employer’s business. As a general rule, we recommend a six-month period, inclusive of the FMLA.”

Following a work-related injury that left Melendez with lacerations tendons in his wrist and required surgery, Kings Aire notified him that he was eligible for up to 12 weeks of FMLA leave.

When the leave expired, Melendez was still not released by his doctor to go back to work. Kings Aire terminated his employment, inviting him to reapply when he was healthy enough to work.

The jury found for Melendez on his breach of contract claim and his retaliation claim. Kings Aire only appealed the retaliation finding.

"Melendez presented no evidence to support his assertions that the policy was not uniformly enforced, that his termination was not required by such uniform enforcement, or that Kings Air's stated reason for discharging him was false," the court ruled.

The EEOC says that the Americans with Disabilities Act’s duty of reasonable accommodation may require an extension beyond the employer's clearly defined limit.

"The longer the durational limit of the employer’s leave policy, the less likely it is that an employee’s request for additional leave would be viewed as reasonable and without undue burden on the employer,” she said.

“Even then, there may be situations where the employer is required under the ADA to grant more leave than the policy allows, such as when a disabled employee presents medical evidence that he or she can return to work on a date certain that is within a reasonable period of time of the outer limit, for example, two additional weeks."

Cox explained that state laws concerning leave and Workers’ Compensation claims vary a great deal. The best practice is to seek legal counsel before implementing a neutral absence control policy that would be applicable in multiple jurisdictions, Cox advised.

Want to get notified whenever we write about Texas Supreme Court ?

Sign-up Next time we write about Texas Supreme Court, we'll email you a link to the story. You may edit your settings or unsubscribe at any time.