Professor/whistleblower sues Citigroup for $800 million, plans to donate to charity 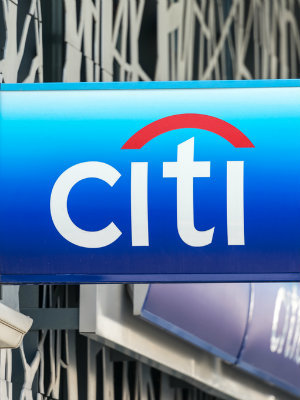 Eric Rasmusen has been a professor of business economics and public policy at the Indiana University Kelley School of Business since 2005. He filed suit against Citigroup Sept. 2 in the Supreme Court of New York, New York County claiming violation of the New York False Claims Act and the State Finance Law.

“My ultimate motivations are both justice, and the money that I’ll get, which I will be donating to charity,” Rasmusen said. “I already give away over half my taxable income.”

Rasmusen said he came across the New York State tax whistleblower law, “which is different from the federal whistleblower law, because it allows a private citizen to sue for unpaid taxes whether the government is on his side or not.”

According to the lawsuit, Rasmusen’s claim is that Citigroup defrauded the State of New York by not paying $800 million in taxes owed through unlawful deductions from taxable income.

“I think it’s important, partly that corporations pay taxes, but also that when the government excuses taxes it shouldn’t, that it be publicized and brought to light,” Rasmusen told Legal Newsline.

Legal Newsline reached out to Citigroup for comment, and was told by spokesman Kamran Mumtaz: “We believe the claims are without merit.”

“I hope that Attorney General (Eric) Schneiderman of New York will change his mind and decide to join the case, because it’s not too late for him to come in with us,” Rasmusen said. “And it would be a great help to have the New York state investigative potential on our side.”

He said if he were awarded the money, he would create a foundation that will give him years to donate the money to charities one by one.

“If Citigroup owes $800 million in New York tax, the Act trebles that to $2.4 billion. That could fund a rebate of more than $200 for every household in New York State,” Rasmusen wrote on his professional website. “Whether the actual amount is $800 million we will not know for sure until we see Citigroup's state tax returns.”