R.I. city suing another drug maker over alleged ‘scheme’ to keep generic off the market 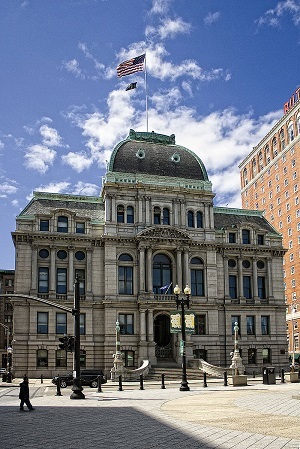 PROVIDENCE, R.I. (Legal Newsline) - The City of Providence, represented by prominent plaintiffs law firm Motley Rice LLC, has filed its second lawsuit in recent months against a pharmaceutical maker for allegedly “scheming” to keep a generic version of its drug off the market.

The city filed its most recent lawsuit -- an antitrust action -- in the U.S. District Court for the District of Rhode Island June 29.

The city alleges in its 41-page complaint that the defendants -- Cephalon, in particular -- schemed to “unlawfully delay” generic competition in the market for the prescription drug Provigil.

Provigil is a drug used to treat wakefulness disorders such as narcolepsy, shift work sleep disorder, and excessive daytime sleepiness associated with obstructive sleep apnea. The active pharmaceutical ingredient in Provigil is modafinil.

Providence contends that as a result of the “scheme,” Cephalon illegally maintained monopoly power in the market for modafinil in the U.S. from 2006 to 2011 or 2012, and sold more than $4 billion in Provigil during that time; maintained the price of modafinil at “supra-competitive” levels; and overcharged the city hundreds of thousands of dollars by “depriving it of the benefits of unrestricted competition” and access to less expensive generic versions.

The city argues that generic competition would have enabled it to purchase generic versions of brand-name drugs at substantially lower prices and purchase the brand-name drug at reduced prices.

“However, until generic manufacturers enter the market with an AB-rated generic, there is no bioequivalent generic drug that competes with the brand-name drug and, therefore, the brand-name manufacturer can continue to charge supra-competitive prices profitably,” Greene wrote in Providence’s complaint.

The city is seeking equitable relief, the creation of a construction trust to “remedy defendants’ unjust enrichment,” damages including disgorgement, treble damages and costs of the lawsuit.

According to that lawsuit, filed in the U.S. District Court for the Eastern District of Pennsylvania, Reckitt used anti-competitive practices in an effort to monopolize the market for Suboxone to prevent a more affordable generic substitute to enter the market in May 2012.

Suboxone often is used to treat narcotic, or opiate, addiction.

Motley Rice also is representing the city in the lawsuit, in addition to attorneys from Philadelphia law firm Spector Roseman Kodroff & Willis PC.