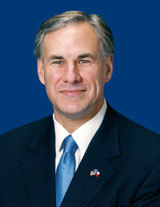 AUSTIN, Texas (Legal Newsline) -- Texas Attorney General Greg Abbott said Monday his office has resolved its enforcement action against a Houston-based tanning salon that unlawfully claimed its indoor beds can increase levels of Vitamin D in the body, among other health benefits.

The Texas Department of State Health Services initially investigated the matter and referred it to Abbott's office.

According to the department's investigation, Houston-based Darque Tan deployed an advertising campaign that improperly claimed that customers at its 60 indoor tanning facilities would benefit from increased Vitamin D levels -- which the company said would reduce cancer risks.

According to WebMD, Vitamin D is required for the regulation of the minerals calcium and phosphorus found in the body. It also plays an important role in maintaining proper bone structure.

Under Texas law, tanning salons can only advertise that the use of indoor tanning beds darkens the skin, but cannot claim that tanning improves the health of customers.

Also, a device such as a tanning bed cannot be marketed on the basis of its health benefits unless its use for that purpose has been approved by the U.S. Food and Drug Administration, according to the Attorney General's Office.

Despite those legal requirements, Darque Tan -- which is only authorized to provide tanning services for cosmetic purposes, Abbott's office noted -- improperly claimed that its tanning beds offered unique health benefits.

Specifically, the salon's online videos and advertising material boasted of its tanning beds' capacity to "deliver" elevated Vitamin D levels to the body.

Darque Tan also included videos on its website that linked ultraviolet light with a decreased risk of breast cancer, according to the Attorney General's Office.

Abbott said the settlement agreement reached Monday prohibits the salon from continuing to market its services unlawfully and bars it from asserting that its beds are safe or otherwise free from health risks.

In addition to the injunctive provisions governing the defendants' future advertising campaigns, the agreement also requires Darque Tan to pay the state $88,000 in civil penalties and $45,000 in attorneys' fees.

The Texas Department of State Health Services also will receive $8,520 for its investigative costs, according to Abbott's office.

Under a separate agreement with similar injunctive provisions, those defendants must pay $20,000 in civil penalties to the state, Abbott said.

To view a copy of the final judgment, click here.